The new Hyrule Warriors: Age of Calamity is more than a hack and slash romp set within the varied fantasy lands that comprise the Legend of Zelda universe. If you don't go in with the mind-set that it's the next magical, puzzle-filled Zelda open world game, you'll find a satisfying entry in the annals of game brilliance first created by Shigeru Miyamoto more than three decades ago.

© Valve Corporation. All rights reserved. All trademarks are property of their respective owners in the US and other countries. Some geospatial data on this website. I mean, not if it turned out to be bad hack 'n' slash mechanics. It would have been more popular if the gameplay was more fun - that's a sentence that seemed to describe Double Fine for quite some time. Can't really say if it's still the case. They've always been masters of style, story and charm.

The second edition of the Hyrule Warriors series - a prequel set 100 years before The Legend of Zelda: Breath of the Wild - is packed with action and occasional bits of lore. You witness what transpired during the brutal throwdown between Hyrule's soldiers and the minions of the gross, fiery-eyed, skull-headed monster of 'hatred and malice incarnate,' Calamity Ganon. You also meet a curious, humorous robot - a mini Guardian who arrives early and becomes essential to the plot. The game's story, though, could have revealed more of Hyrule's strange and complex history. There is only one moment, near the end, during which you feel utterly moved and empathetic.

Most of the rest is filled with fascinatingly choreographed action that comes at you fast. There's a disaster-filled opening sequence followed by waves of warring, and you don't need to have played any of the other Zelda games to get the idea that Link, Princess Zelda and others are heroic beings who help each other out against the catastrophe the threatens to demolish the world.

At its best, Age of Calamity is more than another save-the-world story. You learn more about each character's personality and foibles as you work together to survive the onslaughts of dimwitted enemy hordes, and your weapons can disperse so many enemies at a time, it's like you're a professional bowler with multiple balls splaying hundreds of pins at a time. It's constant fun. Without story, though, any Zelda game would suffer, even an action-packed game like Age of Calamity. You won't be moved you like you were if you played The Legend of Zelda: Breath of the Wild, but the cut scenes bear enough story to keep you going through the countless battles. (Unfortunately, though, the ending leaves something to be desired.)

As you bash through a hundred or so minor enemies, like pig-snouted Bokoblins and gator-like Lizalfos, you begin to get in the flow. The way the developers keep the constant battling from becoming banal is to give each team member some wildly inventive powers, performed by pressing multiple controller buttons in sequence. These combos of fire, ice, bombs, magnetism and a swirling, fireworks-filled special attack become especially helpful when dealing with the bigger, meaner enemies at the end of each quest. Also, characters from the hinterlands of Hyrule come in and out of your team, like Avengers all-stars.

Before and after fighting, you see terrain you've traversed and characters you've met before in Breath of the Wild. You don't have the Zen-like solace of long walks from area to area or the feeling of being awestruck by wondrous environs. Here, you use a map to travel and boom!, you're there.

Early on, you can button mash through multitudes of baddies. Nintendo and Koei know most players will do this. It's a thrill to watch dozens of foes fly through the air as helpless rag dolls. But once you attack robotic-looking guardians with their deadly homing rays, you must add wily, rhythmic strategy to your fighting or you'll get fried like chicken. As I fought, I noted some camera issues which made me disoriented in corners. And sometimes aiming at an enemy wasn't accurate enough.

In addition to the thunderous powers that await, there are quieter endeavors. For foodies, there's a cornucopia of edibles you come upon, each with a tight, two-sentence description. As I collected recipes to make meals that help power you onward during quests, I got emotional as I thought about the more muted Thanksgiving that awaits us this year in the real world. But here in Hyrule, it's always Thanksgiving. The cornucopia of food (and weapons) just keeps on coming.

Most importantly, you get to play as Zelda, which is a joy. As a royal princess, she's not one to roll up her sleeves and get down and dirty with Link, the famously quiet soldier/hero clad in green. But Zelda aids your team by using the Sheikah Slate, an iPad-like device that looks ancient. Its powers are rife with spells and magic. I wished Zelda would have been as vital and essential as Link throughout the story and that she would have revealed more secrets about herself, but that wasn't to be for most of the game.

While Age of Calamity can feel like an uneven series of battle ballets, it does have its share of astonishing dances. It doesn't, however, go far enough to reveal more of Hyrule's and Zelda's past. But with no release date for the Breath of the Wild sequel in sight, this offering will, at least partially, satiate fans in the meantime. 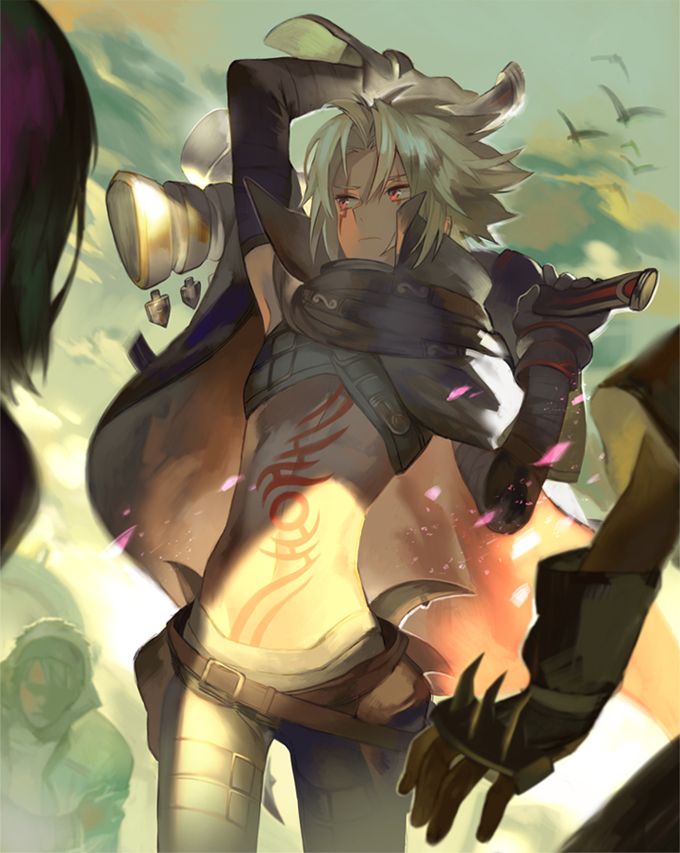 Hack/Slash is a comic book series, launched from several one shots of the same name, published by Image Comics (previously by Devil's Due Publishing). The series was created by writer and sometime penciller Tim Seeley. The series follows horror victim Cassie Hack as she strikes back at the monsters who prey upon teenagers. These monsters are known as 'slashers', and are a mix of original villains and crossover appearances, such as the appearance of Re-Animator (from Herbert West–Reanimator)[1][2] in Volume 1.

Devil's Due and Volume 1[edit]

Hack/Slash began in 2004 as a series of one-shots, starting with the Stefano Caselli-penciled Hack/Slash (later referred to by its story title Euthanized), followed by the Federica Manfredi-penciled Girls Gone Dead.

2005 saw the one-shot Comic Book Carnage and the series stars, Vlad and Cassie, appeared in the Aadi Salman-pencilled The Final Revenge of Evil Ernie. The 'Hack/Slash' one-shots were collected as the First Cut trade paperback in the same year. The first 'Hack/Slash' miniseries, Land of Lost Toys, debuted, penciled by Dave Crosland, followed by a collection of new short stories in a 2006 special issue called Trailers (featuring art by writer Stefano Caselli and Tim Seeley, Mike Norton, Skottie Young and Josh Medors).

A 25-cent preview issue giving newcomers a recap of 'Euthanized' hit the markets in 2006, along with 'Slice Hard', the first one-shot of 2006, Hack/Slash Vs. Chucky, which saw the lead duo taking on the evil doll and was penciled by Matt Merhoff. Seeley penciled the new part of the preview and was one of the pencilers and inkers of the one-shot along with Mark Englert, Nate Bellgarde, Andy Kuhn and Joe Largent.

In 2007, Devil's Due released a Free Comic Book Day comic showcasing their Family Guy and Hack/Slash titles. The Hack/Slash section contained a recap portion of the 25-cent preview issue.

Hack/Slash graduated to an ongoing series in May 2007, which included a Hack/Slash Annual collecting the webcomic featuring the SuicideGirls photo shoot.[3]

In March 2010 it was announced at the Emerald City Comicon that creator Tim Seeley was taking Hack/Slash from Devil's Due Publications to Image Comics. The move came after news that Devil's Due was going through financial difficulties, with staff on all levels not being paid for several months. Tim Seeley allegedly did not receive his paycheck and thus was not able to pay his staff of artists and colourists. Hack/Slash's tenure at Devil's Due closed with issue #32, the final issue of Volume 1.

From September 2011, Hack/Slash was available digitally through Devil's Due Digital.

Hack/Slash's first release through Image was the 4-part miniseries My First Maniac, which started in June 2010. It was followed by a second ongoing Hack/Slash series, which concluded in March 2013 with issue 25. Image Comics later published the complete Hack/Slash, including crossovers and the early Devil's Due issues, in five numbered 'omnibus editions'.[4]

Beginning in July 2014, the first issue of a further five-issue miniseries, Son of Samhain, was released through Image. Tim Seeley did not work on the series, which was instead written by Michael Moreci and Steve Seeley, with art by Emilio Laiso.[5] In this volume Cassie became a bounty hunter and gained a new partner called Delroy.[6]

In 2017, Tim revived the series under a new title with a new creative staff called Hack/Slash: Resurrection[7] with Tini Howard writing the series and Celor and K. Michael Russell on art duty. The series brought back fan favorite Vlad, as well as crossing over with Vampirella.[8] The series details a new road trip for Cassie and Vlad, with Cassie sick of leaving nothing but destruction in her wake [9] and Vlad excited to have a new chance at life.

Slashers (known to the government as 'Revenants') are the beings that Cassie and Vlad hunt down. Slashers as a whole can be divided into two broad categories. The first and most common are the undead variety: These are people who died while filled with rage toward life, and somehow return from the dead filled with only that rage driving them to kill. While their exact abilities vary individually, all possess resistance to damage, and must suffer severe bodily harm to be killed. This kind can be controlled by the proper magics, and once their body has been sufficiently destroyed, usually stay dead. The other kind are people who are still alive, but are often insane and engage in Slasher behavior. They can be killed by normal means.

A six-part crossover began in July 2013, released by Dynamite Entertainment.[10] Featuring Ash Williams of the Evil Dead series it takes place a few months after the end of volume 2 of Hack/Slash, though it is unclear whether or not it is canon to either series.

Hack/Slash has been collected in the following trade paperbacks:

The possibility of Hack/Slash being made into a live-action film by Rogue was discussed by director Todd Lincoln, writer Martin Schenk, series creator Tim Seeley, and others at the 2006 San Diego Comic Convention, to be released in 2008. In 2012, Marcus Nispel, who directed Conan the Barbarian remake, was revealed to have agreed to helm the film for Relativity and Rogue.[11] In October 2015 Relativity Television announced that the series would instead be adapted into a television series and would be written by Skip Woods, who would serve as executive producer alongside Adrian Askarieh, who first optioned it in 2005.[12][13] As of 2018, there have been no updates on the prospective series, causing outlets such as [/Film] to assume that the series is in development hell.[14]

The series was turned into two stage plays. The 2005 production Hack/Slash: Stage Fright utilized comic book panel simulation and adapted the 'Euthanized' and 'Girls Gone Dead' storylines.[15] The Chicago Tribune criticized the production for 'a choppy collection of scenes separated by extended blackouts, during which the cast needlessly carts on and off a pair of black cubes that double as furniture', while praising Stefani Bishop's acting as Cassie.[16] CBR was more overall favorable of Stage Fright, praising the actors for Cassie and Vlad (Adam Mack), as well as stating that 'Just like the comic it’s been adapted from, the play is a loving tribute to those great and “so awful they’re spectacular” horror films.'[15]

A play simply titled 'Hack/Slash' ran with the Strangeloop Theatre and CIC Theater in Chicago and played from September 12 through November 1 of 2014.[17][18]Unetbootin for mac every version. This play adapted various sections from the plot to develop a story while directly coordinating with the author of the original content, Tim Seeley.

Cassie has appeared in her own SuicideGirls pictorial.[19]