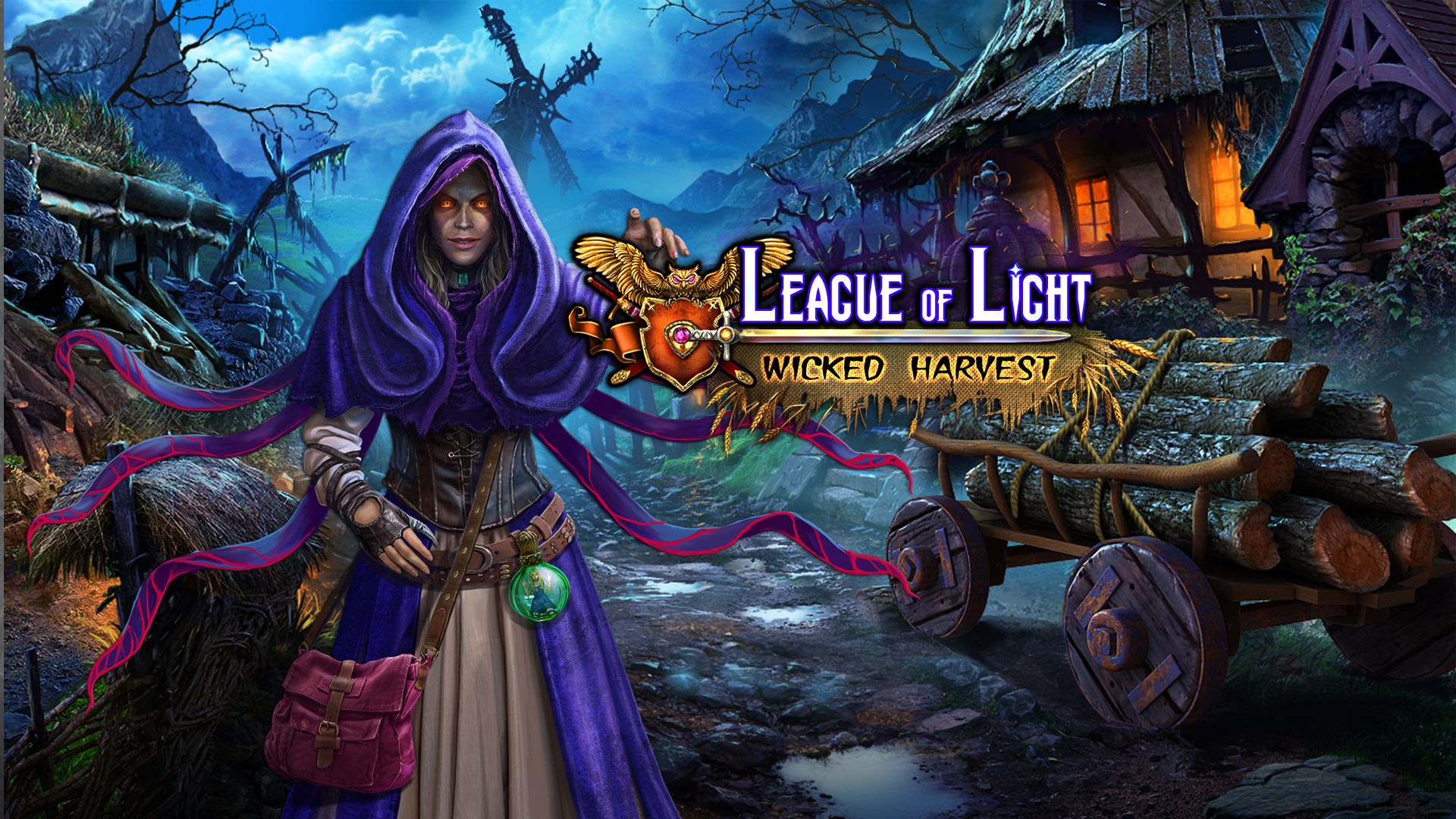 Resident Evil 42007
The first game in Capcom's blockbuster survival-horror series designed with a real-time 3D polygonal engine, Resident Evil 4 is freed from the camera limitations and static backgrounds of past titles. Players guide Leon S. Kennedy, the lead protagonist in Resident Evil 2, in an adventure taking them deep within the..

Ripley's Believe It or Not!: The Riddle of Master Lu1995
The Riddle of Master Lu is a pretty interesting graphic adventure game. In it, you assume the role of Robert Ripley, who was known for his Believe it or Not museums filled with oddities and rare, and wacky artifacts. You'll be doing what he devoted his life to -- traveling..

Rochard2011
Underachieving astro-miner John Rochard unwittingly sets off an arms race when he and his team discover an ancient alien structure hidden within an asteroid in Rochard. When his crew suddenly disappears, and with space bandits closing in around him, Rochard must use his mining tools, particularly his G-Lifter gravity gun,..

Saw2009
Grown-up gamers solve life-and-death puzzles as time runs out in Saw, a brutally graphic horror adventure based on the Lionsgate film series. In the role of a detective on the trail of the twisted serial killer known as Jigsaw, players find themselves trapped in the sadistic game master's lair --..

Scooby Doo 2: Monsters Unleashed2004
Based directly on Scooby Doo 2, Warner Bros.' second live-action feature film inspired by the enduringly popular Hanna-Barbera cartoon, this sequel to THQ's Scooby Doo invites PC players to reprise the roles of Scooby, Shaggy, Fred, Velma, and Daphne in a new adventure. The gang's reputation as mystery-solvers is at..

Shrek Forever After: The Final Chapter2010

Silent Hill 32003
The classic Silent Hill horror series continues with Silent Hill 3. As a teenybopper named Heather, players must explore an accursed town and Heather's strange inexplicable fears. Nightmares and reality combine for a potent mixture of uncertainty with every development in the story. New grotesque monsters, psychologically horrifying scenes, and..

Simpsons, The: Hit & Run2003
The Simpsons: Hit & Run takes players on a trip through the colorful streets of Springfield in a mission-based racing game with the ability to continue objectives on foot. Something is amiss in Springfield, as strange crop circles have been reported and people are suddenly disappearing. After Homer notices a..

Sims, The: Carnival - Bumper Blast2008
This casual shooter that shares a tenuous bond with the Sims franchise lets gamers blast away at sliding bumpers through more than 140 levels. Players must use a certain allotment of shots to clear out all the Sims bumpers, taking care to avoid traps like black holes and mastering skill..

SkyBorg: Into the Vortex1995
This graphics adventure game from Skybox (the well-known trading card company), came with three packs (18 cards total) of Skyborg trading cards. In the game, you are the Skyborg. The objective is to find and rescue Dr. Barton from his kidnapper(s) and escape. Along the way you will visit nine..

Snatcher1994
One of the best and most engaging point-and-click adventures ever released for any system, Snatcher puts players in the role of former Special Forces agent Gillian Seed, who must seek out and destroy cyborg killers. There are some shooting scenes, which involve using the control pad (or the Justifier light.. One punch man free download game booster.

Space Ace1989
All of humanity is once again at stake in Space Ace. The evil commander Borf has developed an 'Infanto Ray' which can change anyone it hits into a baby. Not only does our hero Ace have to defend Earth against this, but Borf has increased the stakes by kidnapping Ace's..

Space Bunnies Must Die!1998
Imagine you are a waitress at a remote New Mexico diner and all of a sudden alien space bunnies crash nearby and kidnap your sister. Not too hard to believe is it? I know its happened to me at least once or twice. I just never cared as much as..

Spider-Man 32007
Multiple storylines and adventures pulled both from the 2007 movie and original content offer Spider-Man 3 gamers several alternative journeys. Featuring ten plot threads, players may follow the quest provided from the film or create their own super hero story. Completing all paths unlocks content as part of the 100..

Spiderwick Chronicles, The2008
A hidden world of 'fantastical creatures' is revealed in this adaptation of the best-selling book series and 2008 movie from Paramount Pictures and Nickelodeon Films. After opening a dusty tome written by his great, great uncle, young Jared Grace suddenly becomes privy to a world filled with goblins, sprites, 'brownies,'..

Spore1991
Spore is the hitherto unimagined mash-up of two seemingly irreconcilable and disparate video game genres: the text adventure game and the paddle-and-ball game. The player controls a space ranger of sorts who's been sent to Earth's colony planet, Spore, to investigate a distress signal sent from the now apparently deserted..

Star Flight1986
I may be biased, but Starflight (and its sequel, reviewed elsewhere on the site) is still my favorite game of all time, and even though it's fourteen years old, I still play it to this day. What has kept me so enamored of this title? That's what I plan to..

Star Flight 21989
Starflight II: Trade Routes of the Cloud Nebula (SFII), is the sequel to the fantastic Starflight. SFII still has all the exploration, combat, and dialogue that made the first game great. SFII, however, adds one huge element to the game that makes us wonder how we lived without it..trade. This..

Star Trek: Generations1997
Yet another Star Trek title reaches the shelves of software stores everywhere with claims of a great adventure and the name of its outdated movie title: 'Star Trek Generations'. I'd have to say it came up a little short. While trying to outwit and stay one step ahead of Dr. Sorian,..

Star Trek: Hidden Evil1999
Playing pure adventure games has been one of the most engaging experiences for a lot of people, gamers and non-gamers alike. The story concepts, technology, easy interface, and vastness and length are some of the elements of what we look for in these types of games. The obvious drawback to..

Stay Tooned!1996
Sierra's Stay Tooned! is a mix of Saturday morning cartoon slapstick and adventure. Gameplay is similar to Monty Python's Complete Waste of Time, a blend of mini-games, QuickTime video clips, and traditional adventure gaming. Much to your dismay, your TV remote is lost somewhere in the apartment building where you live..

TechnoMage: Return of Eternity2000
Once upon a time, in the far mythical land of Gothos, lived a happy and hard-working nation, which was suddenly struck by horrible perils.. The hatred and the bloody war that followed it proved both the nation's ability to build and use machines of war and its spell-casting abilities. In..

Terminator 2029, The1992
For a while, Terminator games were a hot property. Bethesda Software, before they became better-known for their Elder Scrolls/Morrowind games, had acquired what must have been very generous rights for developing a whole bevy of Terminator-licensed games. I count at least four offhand, and this DOS shooter marks the first. Terminator..